Women poker players are challenging men for the top spots and big wins in the poker world. 888poker lists the top female players that have made their mark.

Poker takes plenty of skill and practice, and getting to the top isn’t easy. There are so many events – both live and online – and variance and downswings can be frustrating. Staying a consistent winner can be difficult even for the most skilled players.

With that in mind, here’s a look at the Top 10 female poker players of all time. Undoubtedly,  that’s a subjective effort, but these players bring plenty of skills when they take a seat at the tables.

Top 10 female poker players of all time are:

While she may have retired from major tournament poker, for the most part, Selbst remains the winningest female tournament player in history with $11.9 million in live tournament winnings. She is also the only female player in the Top 100 All-Time Money List.

Selbst, 35, has a long list of poker accomplishments including, three World Series of Poker bracelets; back-to-back NAPT titles at the Mohegan Sun in 2010 and 2011 for a total of $1.2 million; and the 2010 Partouche Poker Tour Cannes championship for $1.8 million. Selbst has also appeared in televised and streams cash games as well.

Born in New York, the former poker pro has a law degree from Yale University. She left playing professionally in 2017 for a job with Bridgewater Associates, a hedge fund in Connecticut. The move away from poker was even featured in the New York Times. She now plays occasionally and finished 14th at the WPT Borgata Poker Open in 2019 for $39,950.

After leaving Bridgewater, Selbst and her wife moved to Brooklyn, where they raise their son. In 2017 she was involved in one of the craziest hands at the World Series of Poker (see below).

Aggressive and tough, Selbst was a power at the poker table.

With a massive 2018 and 2019, Bicknell is one of the hottest players in poker over the last few years. After finishing second in the Global Poker Index Player of the Year standings in 2016, she then went on to win it three straight years – 2017, 2018, and 2019. She is also regularly among the Top 10 in the overall standings.

The 33-year-old from Ontario, Canada, began playing poker online while in college in 2006. Bicknell now has $5.1 million in live tournament winnings and a significant amount online.

She remains a dominating player to square off against on the felt.

A long-time Vegas cash game player, Harman is one of the best-known female players and has played in some of the biggest games around. She also holds two WSOP bracelets and $2.8 million in live tournament winnings.

Harman grew up in Reno, Nevada, and used a fake ID to play, and win, in small-stakes games. While attending college at the University of Nevada-Reno, she took a cocktail waitress job at Harrah’s and was soon playing in the poker room after her shifts.

More success followed, and Harman was one of the female players in poker when getting women into the game wasn’t a trend. She is also now a mother-of -two and continues to play the game at some of the highest stakes.

This player, originally from Los Angeles, is one of the best known in the poker world. Ho not only stars at the poker table, but also as a commentator and host at some of the game’s most prominent events for PokerGO, ESPN, and others.

After playing low-stakes games in college, she moved on to higher stakes action after graduation. She now has $4.1 million in live tournament winnings. Beyond poker, she has also appeared on the television game shows The Amazing Race and Deal or No Deal.

One of the most popular players in the game, her degree in communications served her well when she jumped into broadcasting in 2013.

Her aggressiveness and skills continue to pay off at the tables and behind the mic.

While she may not have the career totals of some other women mentioned here, Enright has been a consistent player on the poker scene since 1986. From Los Angeles, she has more than $1.7 million in live tournament winnings. That career includes some decent bullet points that came at a time when poker was generally considered a man’s game.

A year earlier, some more history was made in the $10,000 Main Event. Enright became the first female to make a final table in the most prestigious event in poker – finishing fifth for $114,180. Beyond those feats, she also won two WSOP Ladies Seven Card Stud titles in 1986 and 1994.

Other bullet points on her resumé include a WSOP Circuit ring and induction into the Poker Hall of Fame in 2007. Enright has been playing in casinos since 1976 after finding she could earn more money playing cards part-time than the paycheck, she made from the three jobs she held, including working as a hairstylist and cocktail waitress.

Enright is a ground-breaking player and a poker legend.

Kathy is another player who jumped into poker when it wasn’t particularly popular for women to do so. Liebert, 52, has $6.1 million in live tournament winnings dating back to 1995.

Liebert remains active on the tournament scene and is one of the most decorated female players in history.

This English player with $3.9 million in live tournament winnings has distinguished herself from the crowd over the last decade. Boeree’s first tournament win came in 2008 in a $2,000 ladies’ event in the UK where she scored $42,000. More cashes on smaller events followed and then a massive payday developed on the EPT.

Boeree, 35, has a degree in physics from the University of Manchester. She is also a three-time winner of the Global Poker Index European Female Player of the Year. Beyond poker, she is also heavily involved in a charitable foundation she founded.

Boeree has made numerous appearances on television in games shows as well as science and poker-related programming. She has an affable personality and consistently posts science videos to her YouTube channel.

Boeree remains one of the top female poker stars.

Poker is in the rear-view mirror for Duke, but she remains one of the most successful female poker players of all time. After being involved in two failed poker entities, an online site and a pro poker tour,  she left the game behind in 2011.

Duke has almost $4.3 million in live tournament winnings including a 10th-place finish in the WSOP Main Event in 2000. Amazingly, she was nine months pregnant at the time. She added a WSOP bracelet in 2004 in a $1,500 Omaha Hi/Lo event for $137,860 and won the NBC National Heads-Up Poker Championship in 2010.

The 54-year-old mother of four, and brother of poker player Howard Lederer, was the leading female WSOP money winner before being overtaken by Vanessa Selbst. Following the folding of the Epic Poker League,

Duke seems to have moved on from poker altogether, repositioning herself as a corporate speaker and strategist. In 2018 she authored the book Thinking In Bets: Making Smarter Decisions When You Don’t Have All the Facts and continues to work in the business strategy space.

Love her or hate her, Duke won plenty of cash at the poker table.

This Norwegian player made some poker history in 2007 when she won the inaugural World Series of Poker Europe for just over $2 million – at only age 18. That alone scores her a spot as one of the most well-known female players. The win made her the youngest player in history to win a WSOP event.

Two months earlier, she made some news as well. Obrestad played an entire 180-player online tournament for $4 without looking at her cards. With tape on her computer screen to hide her cards, she went on to win the tournament.

Obrestad seems to have slowed down her poker career in recent years to focus on her YouTube channel – called Annette’s Makeup Corner. She offers tips and reviews on makeup, of course, but no poker advice.

This 37-year-old Greek-born player grew up in Argentina and now lives in London. Lampropulos is no stranger to big final table appearances and has $3.4 million in live tournament winnings at events around the world.

On the live tournament scene since 2014, her first big score came in 2016 when she finished runner-up at a WPT Brussels National Main Event for $75,067. She followed that up the same year with a $1,100 Eureka Main Event in the Czech Republic for $103,907. The heads-up match featured her boyfriend, Ivan Luca.

More final table appearances followed including a breakthrough performance in 2017 at a £5,300 championship event in Nottingham, UK. Lampropulos, who has a degree in business management, topped a field of 1,204 entries for a $1.25 million score and the most significant cash of her career.

She remains a consistent finisher in top tournament events and a force at the table.

Sean Chaffin is a poker writer who appears in numerous websites and publications. He is also the host of the True Gambling Stories podcast
Related Content
How to Choose the Best Poker Coach

9 Top Poker Movies Every Player Should Check Out

Are These the Top 9 Best Poker Movies of All Time? 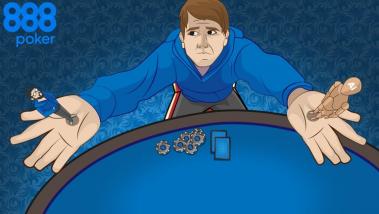 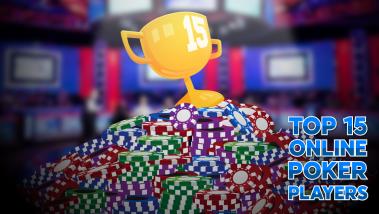 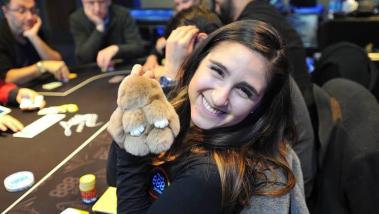 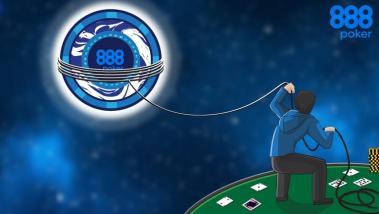 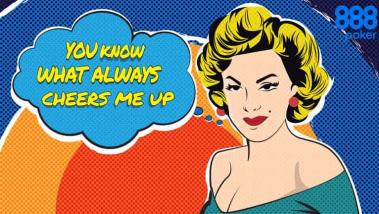