Find out when a poker rock means the opposite of being tight and predictable along with the positives and negatives of playing solid like a rock. 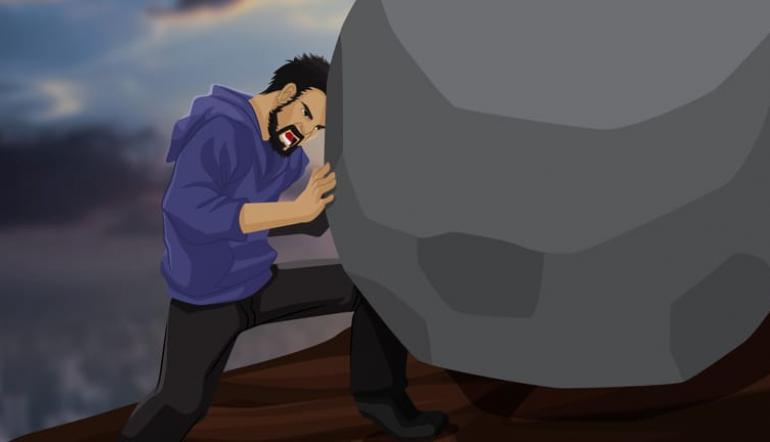 It seems like most competitions have a “rock” of some sort. In wrestling, Dwayne “The Rock” Johnson established himself as one of the greatest of all time, if you smell what we’re cooking. In baseball, there was the controversial John Rocker.

In poker, there are also rocks piled around.

This article is devoted to talking about those rocks, one of which is mandatory straddle and the other a type of play.

Regarding the former, a “rock” is the term used to describe a mandatory straddle, usually found in limit games. The rock is double the big blind and sometimes wrapped in a rubber band for easy identification.

For example, if you’re playing $5-$10 Limit Hold’em with a rock, there might be four $5 chips banded together. Whoever has the “rock” is obligated to straddle it whenever they’re in the under-the-gun position. The winner of that pot then takes possession of the rock and is required to straddle when they’re UTG. As a result, at least once an orbit there will be a straddled pot, which usually loosens up the game a bit.

In the event of a chopped pot, the rock goes to the winner closest to the left of the previous rock holder.

In this context, the rock is a simple mandatory straddle designed to inspire action. 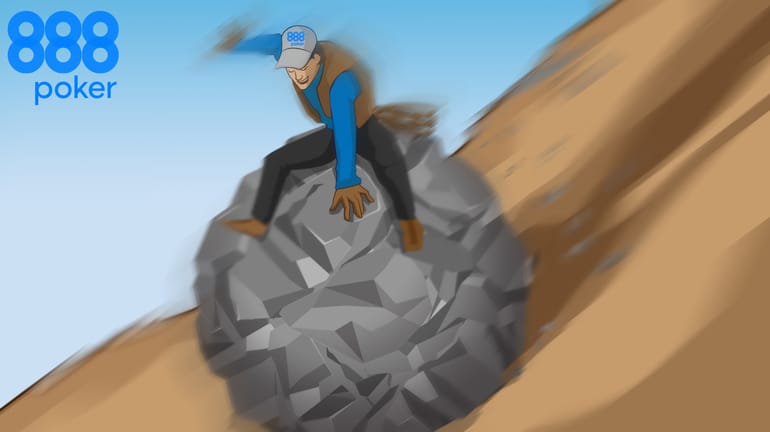 Ironically, another type of “rock” in poker is anything but action. A “rock” is the term applied to a passive and tight player or the opposite of a loose-aggressive (LAG) player. Generally speaking, being a rock in poker isn’t a good thing. While a rock doesn’t tend to lose a lot, it’s much harder for them to win big.

Rocks are pretty straightforward players. They sit tight and wait for premium hands like big pocket pairs and ace-king and show little to no interest in playing anything else. When they finally do pick up a premium hand, they tend to play it fast and aggressive preflop and even after the flop.

They’ve got the goods and want to win with them; after all, premium starting hands are few and far between. Bluffs aren’t in the arsenal for rocks, though, if they do run a bluff it’s effective, given their image.

There are a few benefits to playing like a rock. The first one is limited losses. So, you can imagine this style is popular for risk-averse players. The reason rocks are less likely to lose big is because they’re almost always sure to go in with the best hand. Of course, bad beats happen, but the math is usually in their favour.

Another often-overlooked, benefit to rocks happens off the table and is dependent upon the casino. Many card rooms offer players comps and other benefits just by playing. So, a rock playing style being content to sit for hours waiting for a premium hand can reap huge rewards off the felt.

Finally, one long shot benefit to being a rock is a slightly increased chance of hitting a bad beat jackpot in rooms that offer them. If there’s either a room or table share to be had, a rock might get a piece of it merely by sitting tight and folding. As for the jackpot itself, they might get a shot at it given they’re always playing premium hands. If another player has a strong hand and the right combination of cards come down, it could result in a big payday.

For instance, if a rock waits for aces and another looks him up with jacks, and the flop falls ace-jack-jack, it may set off a bad beat jackpot if the criteria is aces-full beaten by quads or better. If it requires quads over quads to hit, there’s still the case ace with two cards to come.

Granted, the odds of hitting a bad beat jackpot are incredibly long, but sometimes good things come to those who wait.

Negative Consequences of Being a Rock 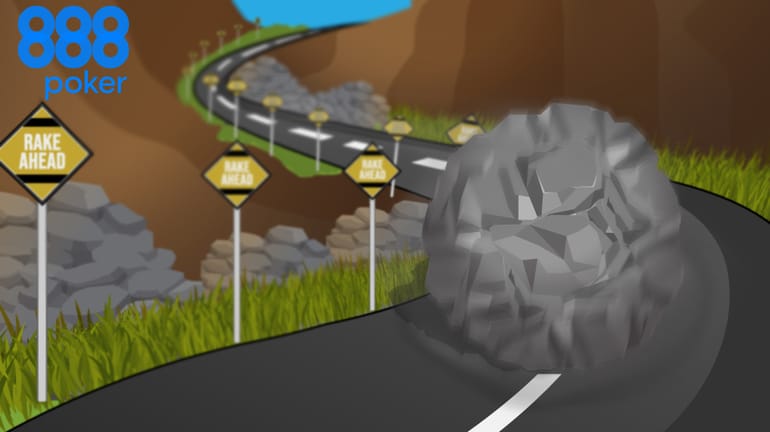 On the flip side, there are detriments to being a rock. Here are three of the main negative factors to consider if you choose this strategy for your style of play.

How to Play Against a Rock in Poker

It’s remarkably simple to play against a rock – just stay out of their way. Once you’ve determined a player is a rock, you know they’re only playing premium hands. As such, when they raise just fold unless of course,you wake up with a premium hand of your own.

The passive and tight tendencies of a rock player also make it easy to exploit them if and when you do engage. They rarely, if ever, bluff and their actions correspond to the strength of their hand – if they’re playing big and fast, they like their spot, if they slow down and check, then they don’t. Given their transparent game plan, all you have to do is avoid getting cute (no fancy play syndrome) and adjust accordingly. 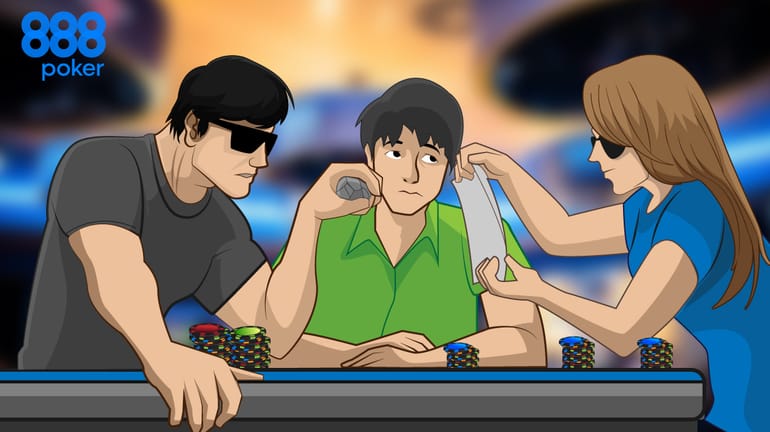 Think of it this way, if you’re playing Paper-Rock-Scissors and the “rock” always throws rock, would you ever shoot scissors? Of course not. Recognise their strategy and adjust by putting out that paper. Simple as that. Don’t overthink it.

Let’s look at a couple of hand examples of playing against a rock from a $1-$2 No-Limit Hold’em cash game.

Hand #2 – The rock is sitting with $200 and opens for $10 from early position. It folds to you in position on the button, and you look down at the 6♥6♠. Chances are you’re behind, but this might be a spot to try and exploit the rock.


Of course, folding in this hand is more than fine too. After all, you know you’re putting in money knowing you probably either have to come from behind or make a move to win.

If after reading this you think you might be a rock,then the hard reality is you probably need to change things up a bit if you hope to succeed at poker. In this day and age, a poker rock is simply too easy to beat. Learn how to play more hands effectively, expand your comfort level, and maybe run the occasional bluff.

If you’re not a rock, be sure to keep an eye out for them when playing. Use what you’ve learned here to either steer clear of them or exploit them whenever possible.