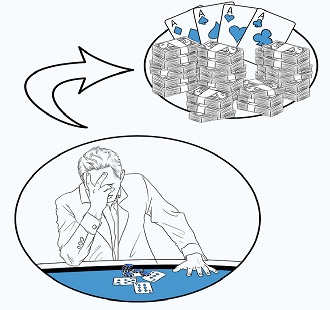 What sets poker apart from other games is variance. Poker is a game of luck and skill where the best poker strategy wins in the long run, but regularly lose to worse players in the short term. When you think about games you played prior to poker, unless something crazy happened like a ref missing an obvious call, it was easy to know who was better. The better player or team is the one that wins. But in poker it’s not that simple. Poker variance hides the truth and gives false feedback about a player’s skill.

How well do you think you understand the luck aspect of poker? If you’re anything like the players I’ve worked with, chances are you don’t understand it as well as you think. Poker players tend to understand variance better than the average person, but the way they react emotionally to poker variance proves there is still more to learn regarding their mental game of poker strategy.

Check out the poker video below to see a few examples that may indicate a poor understanding of luck:

The Pendulum of Luck 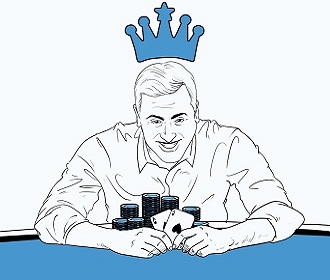 Dealing with the Uncertainty 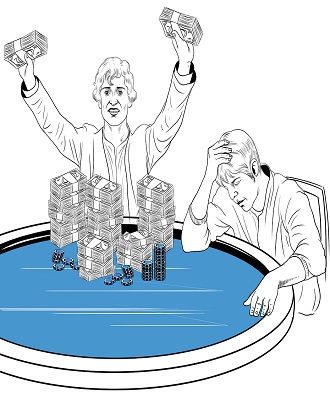 Players at every level of the game, even a highly-skilled player or considered variance expert, have significant holes in their understanding of variance. In a coaching session, they’re often dumbfounded when I ask what the probability is that they could run like this given their poker win-rate or ROI. Everyone knows losing with AA to KK is bad luck, but not everyone knows how long a bad run can typically last. The amount of variance in poker can sometimes be shocking and can leave players unsure of what to believe.

For players who struggle to deal with variance, the problem is often not the wild swings or the perceived unfairness, it’s uncertainty. Sure the losing streaks hurt, but what really kills you is not knowing when it will end. Imagine going through a particularly rough stretch of bad luck where you can’t win no matter what you poker variations you play, but someone magically told you that, “If you keep playing your normal game and volume, the bad run will be over in a week and you’ll be back winning like usual.” Instantly the stress and tilt would disappear, and your motivation and confidence would be restored. It wouldn’t be fun to keep losing for another week, but knowing the future would make it a lot easier.

Obviously, no one can tell you when a bad run will end or what cards will come next, but it is possible to handle variance better without a crystal ball.In the last chapter of this poker strategy guide, I discussed how dealing with the uncertainty of losing is easier when you improve your ability to recognize the differences in your game. By the same measure, improving your skill at recognizing variance can provide a further buffer against uncertainty.

In the past, the main way players learned to deal with variance was simply going through it. That’s still largely the case, but there is another way: become a variance expert by studying it in similar ways that you would any other aspect of the game. Here are some ideas how:

Crunching the Numbers to Understand Variance 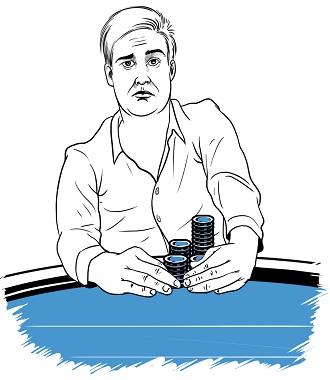 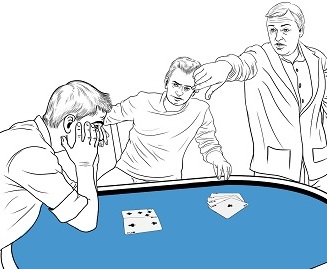 As you study variance more, and what you learn starts to stick in your mind, you’ll move from having a surface level understanding of variance to an instinctive one. When your knowledge of variance reaches that level, it will fundamentally change how you react to bad beats, coolers, suck outs, long streaks of losing coin flips, etc.in real time at the tables. An instinctive understanding of variance means you can handle good and bad swings without dramatically changing your play. You won’t have to drop down or jump up in stakes, take unplanned long breaks, or quit when ahead or rely on a stop loss. These are strategies and poker tips that players use to manage their negative reactions to variance. You’ll know you’ve made significant progress in handling variance when you automatically don’t need to use them. 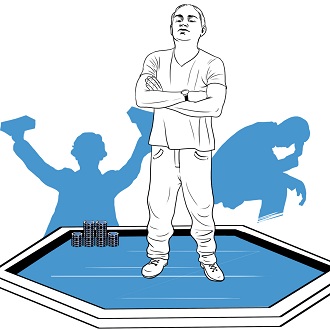 Poker is a battle of the perception of skill as much as it is a battle of actual skill. The very fact that weaker players choose to regularly step into the arena with professionals, and gamblers convince themselves they have a “system”, is testament to this dichotomy. The main reason players have such large misjudgments of their skill level is variance. Without it, poker would be like chess. Most poker players understand this at a basic level, but only when they have a much stronger understanding of variance are they able to persevere through downswings and remain humble during the good times.

Why The Mind Matters In Poker
The Right Energy for Poker
Become a Great Loser
A Variance Expert
Calling Yourself Lazy is Lazy
Distracted Poker
Decluttering Your Mind
Why You Make Bad Decisions
Don’t Trust Your Gut
Addicted to Soul Reads
Driving Range Poker
Increasing Mental Endurance
When Poker Becomes Personal
An Important Update to The Mental Game of Poker: The Mental Hand History
Wishing for Instant Improvement
© 2021 All rights reserved. Back to top