Follow along as we give you top tips to learn the best times and ways to cold call in poker. We’ll also show you when not to cold call and when to bump it up! 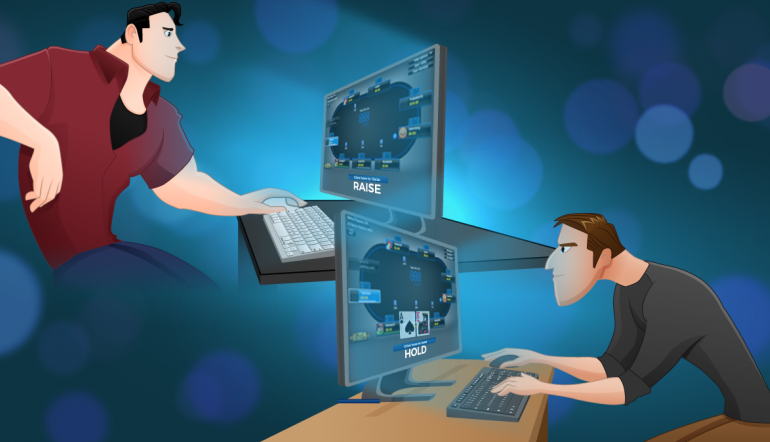 In poker, do you know what it means to cold call?

It’s the term used when someone, who doesn’t have any money/chips invested in the pot, just calls after there’s been a bet/raise. A simple example of cold calling poker would be Player A raises under the gun, Player B reraises from middle position, and Player C cold calls from the button.

By definition, the players in the blinds, which are forced bets, aren’t able to cold call as they’re already invested in the pot. Instead, they’d just be calling or defending.

Cold calling is typical in low-stakes tournaments and cash games. If you ever play $1-$2 no-limit hold’em cash games, you no doubt see it on a regular basis. Imagine all those times someone raises to $6 and three players just call. They’re cold calling.

Unfortunately, those who practice cold-call poker are often considered weak players who are too loose preflop and easily exploitable postflop. Critics argue that if you don’t have a reason for cold calling, then you should consider either raising or folding.

Those are wise words, but it’s not meant to suggest that there aren’t good spots to cold call. In fact, when used with forethought and reason, a cold call can be an effective weapon in your poker arsenal.

One reason to cold call, especially in position, is to disguise the strength of your hand. After all, no one would expect you to hold a powerful hand like aces or kings after a raise/reraise and maybe a caller or two in between.

The inherent risk of cold calling with a big hand is that you’re likely to take a multi-way flop, which increase the likelihood your hand will get cracked. That’s never good.

As such, cold calling with big hands is better done when there’s a chance someone behind you will reopen the action. For example, imagine you’re playing a tournament at a nine-handed table with the blinds at 500/1,000/100. An under-the-gun player (33,000 stack) opens for 2,500 and another player (28,000) calls.

Action reaches you (60,000) in the cutoff and you look down at the A♣A♠. Usually you’d put in a three-bet, but under certain circumstances, a cold call might be more prudent. Let’s say the three players left to act – those on the button and in the blinds – are all short stacks with 12,000, 10,000, and 9,000 respectively. There’s a good chance one of those players shoves if they wake up with a quality hand.

If that happens, it provides you with a great opportunity. That’s because others in between will need to make a decision as you lay in wait. If they either call the shove or reraise it, it’ll be music to your ears as you’re sitting with a monster hand.

Another spot where cold calling might be in order is when you find yourself up against two or more aggressive players. If both Player A and Player B have shown that they like to control the action, bloat pots, and fire away, just calling with speculative hands might be the wise option.

For instance, in a $1/$2 NLHE cash game, let’s say Player A raises to $6 preflop from early position and Player B three-bet to $15 from middle position. You look down at 6♥6♦ or some similar small pocket pair. Cold calling here isn’t terrible knowing that if you flop a set chances are you’re going to get paid off. 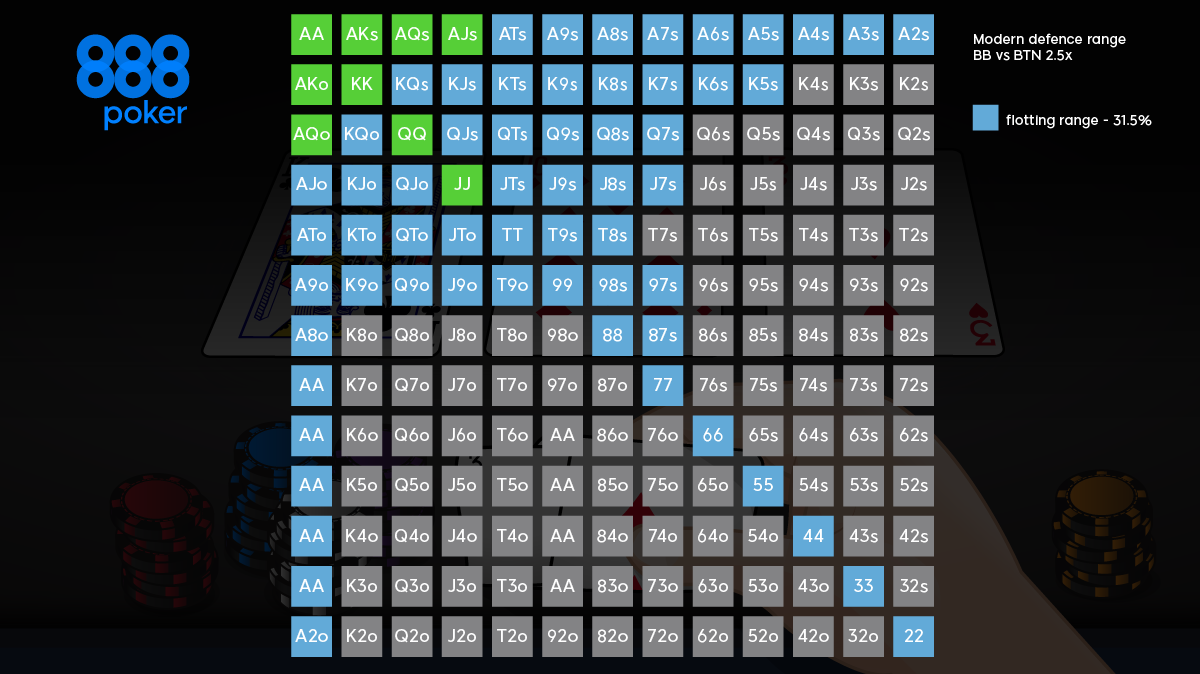 THE DON'TS OF COLD CALL POKER

Think the opposite of what’s written above. If you have a big hand and stacks are deep, there’s little to no advantage of just cold calling. At that point, you want to build a pot, so raising/reraising is the best way to do that.

Whether you have a big hand or enter a pot in position, most of the time you want to protect your advantage. Cold calling doesn’t allow you to do that. This is especially true when you’re playing at a rather straightforward table, meaning there are no maniacs. If you’re playing against good and tight players, cold calling isn’t going to get you far.

If you’re going to cold call, it should be as a sort of trap, which is an offensive measure. Unfortunately, too many players employ cold calling as a defensive tactic, which is ill advised. You’re probably guilty of cold calling with either a small pocket pair or suited connectors just hoping to hit a flop with no plan as to what you’ll do when you miss (which is more times than not). Investing your chips on hope alone is not a winning proposition.

Finally, always take position into consideration when cold calling. If an opponent opens with a raise under the gun and you’re next to act with a hand like K♥Q♣, a cold call probably isn’t a good move. That’s because the rest of the table has yet to act, and if one of them comes in with a three-bet, a hand like king-queen isn’t able to stand that sort of pressure. 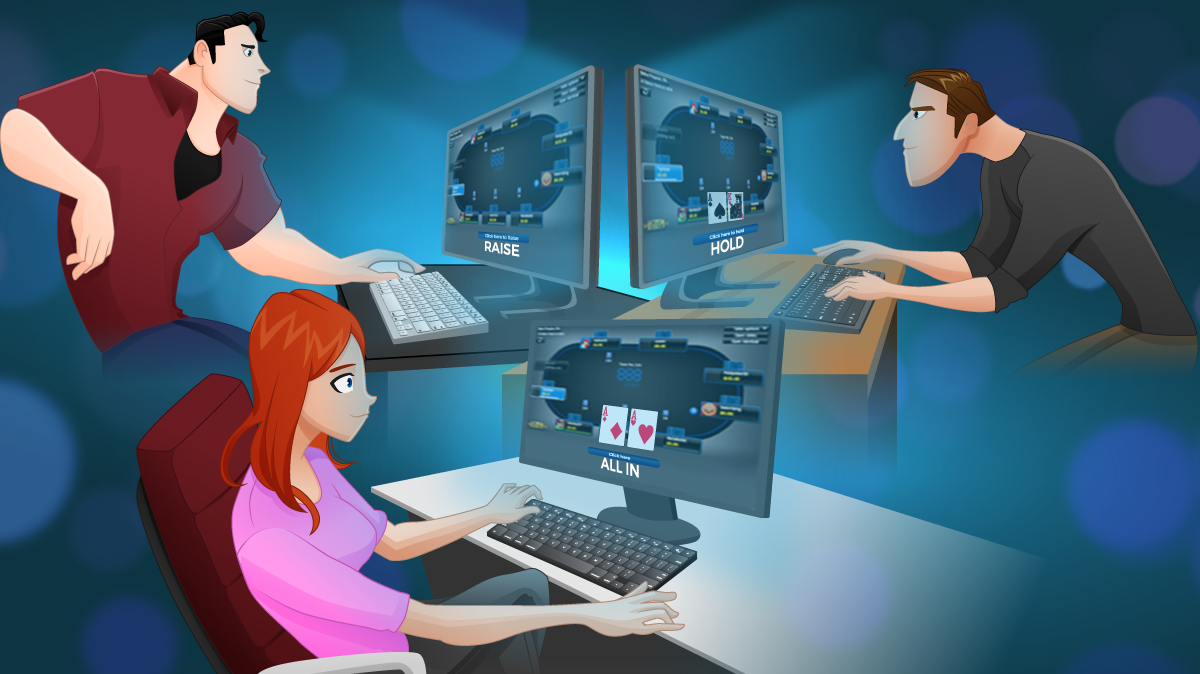 What about a hand like ace-king, known to many as “Big Slick”? Some would say cold calling with it is sacrilege and that you should always raise a hand that strong. Remember though, there are no hard and fast rules concerning how you play a hand.

Cold calling with Big Slick is an alternative to raising under certain circumstances. For example, let’s say you ALWAYS raise with ace-king. Your opponents will pick up on that, so when the flop come ace high and you fire away, it won’t be hard for them to realize you have an ace.

On the flip side, if you cold call with AK on occasion, you balance your range. Players will recognize that you play all sorts of hands, and that ace-king is just a small part of that. So, when the flop comes ace high or something like Q♣J♣10♦, they won’t have such an easy time putting you on Big Slick.

In another example, imagine you’re in position with the A♥K♠ against a tight player who raises preflop. You know this player only plays big pocket pairs and hands like ace-king and ace-queen. Cold calling here is probably the right move given the likelihood of facing a four-bet from a stronger hand is high.

Now pretend that same player has the A♠K♣ and the flop comes down something like A♦7♠5♦. He continuation-bets, you just call, and the turn is a 4♦. He bets again but this time you put in a raise. Sure, your opponent has a strong hand, but your raise indicates a great deal of strength.

He may put you on either a straight, flush or set and fold the same hand. If he doesn’t, you have the option to fire again when he inevitably checks the river. If you manage to force him into making a mistake, you’re picking up free chips!

Generally speaking, you should raise with ace-king more times than not. However, cold calling with it should be an option you exercise to keep things fresh.