Find out if preflop limping in poker is as bad a play as it’s made out to be and when, or if ever, you should be limping into a pot. We give you all the answers here! 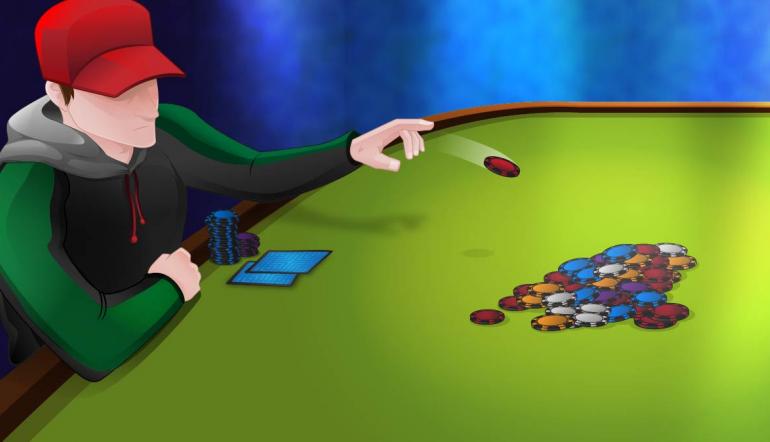 Many poker players are familiar with the above advice. In almost all poker circles, raising preflop is considered a stronger option than limping. The reason is simple. Raising gives us a way to pick up the pot preflop without seeing a flop.

Is it so straight-forward as saying “limping is always terrible” though?  Most elite players realise that the discussion is somewhat more nuanced than simply denouncing every preflop limp as “bad”.

There is a difference between “open-limping” and “over-limping”.  An open-limp implies there is no previous action before us. An over-limp occurs when there are already one or more limpers before us.

Open-limpers are usually of interest to us since limping often indicates a weak opponent. It’s profitable for us to play as many hands as possible against weak opposition. The standard technique is to raise limpers (known as “isolation raising”) to isolate the pot heads-up.

There is naturally a limit to how wide we can go with iso-raising, however. There will be hands which don’t quite make the cut as iso-raises, which would nonetheless love an opportunity to be involved in a pot against a weaker player.

Operating under the paradigm of “we must either raise or fold” is problematic here. We’ll either find ourselves making a questionably wide iso-raise or passing up the opportunity to play in a profitable spot. Over-limping allows us to play profitably without over-investing.

Most poker limps occur in the SB. In some senses, SB limps are not true limps at all and are perhaps more correctly referred to as “completes”. We have already invested 0.5bb in the SB and simply need to “complete” to the full amount by adding an extra 0.5bb.

Many players apply conventional limping logic to the SB. i.e. “SB completing is terrible, we must either raise or fold when it’s folded around to us in the SB”.

The majority of winning players, however, understand that SB completing can formulate an integral part of good strategy.

There are at least two reasons for this:

1. Playing additional hands vs weaker players. Imagine the following scenario. It’s folded around to us preflop in the SB. and we look down at 86o. Naturally, not a great hand, and operating under the “raise or fold” model, this hand should be mucked preflop.

However, we look to our left and notice that BB is an exceptionally weak player. He loves to gamble and has been stacking off postflop with garbage all session. We start to feel a little better about open-raising. After all, even if the preflop open is technically too wide, our postflop implied-odds should just about make it worthwhile. Raising could hence easily be better than folding.

But, is there a third option that trumps everything else?

You guessed it, completing in the SB. We still get to initiate a pot against the weaker player, but we keep our initial investment low. After all, there is little value in open-raising 8-high from the SB if we don’t expect our opponent in the BB ever to fold. He might make a bad call preflop with Q2o, but that doesn’t benefit us since he is still technically investing money into the pot as an equity favourite.

Here is a potential limping range vs a weak player in the BB.
Cyan = Open-raise
Blue = Limp
White = Fold 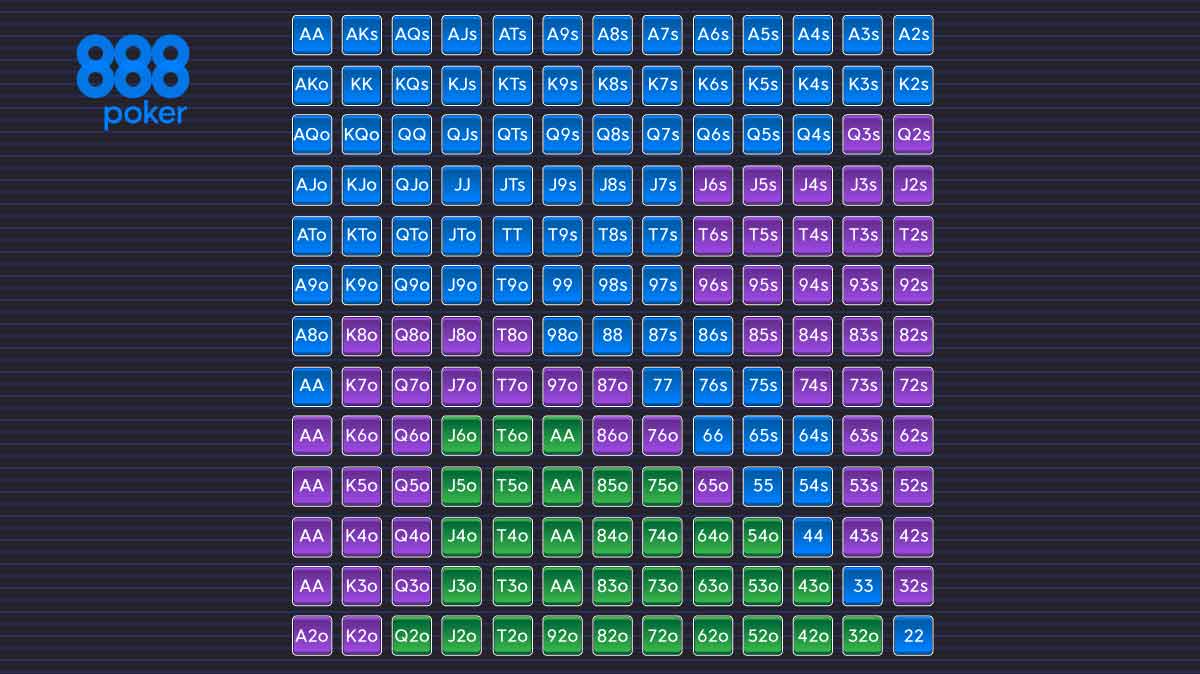 2. Theoretically stronger against good BB players. . SB completing regardless of BB is a trend that began at high-stakes and filtered its way down. Certain high-stakes pros decided that SB completing takes better advantage of the blind structure. After all, we only need to invest 0.5bb on a complete for the chance of potentially seeing a flop in a 2bb pot.

With a “raise-or-fold” approach, it’s difficult to play more than about 36% of hands from the SB against a competent opponent in the BB. By utilising a completing strategy, it becomes possible to play roughly 70% of our holdings profitably.

The high-level version of this approach involves cutting out all open-raising and only completing with hands that wish to continue. When facing a BB raise, we split our defending range into limp-calls, limp-raises and limp-folds. 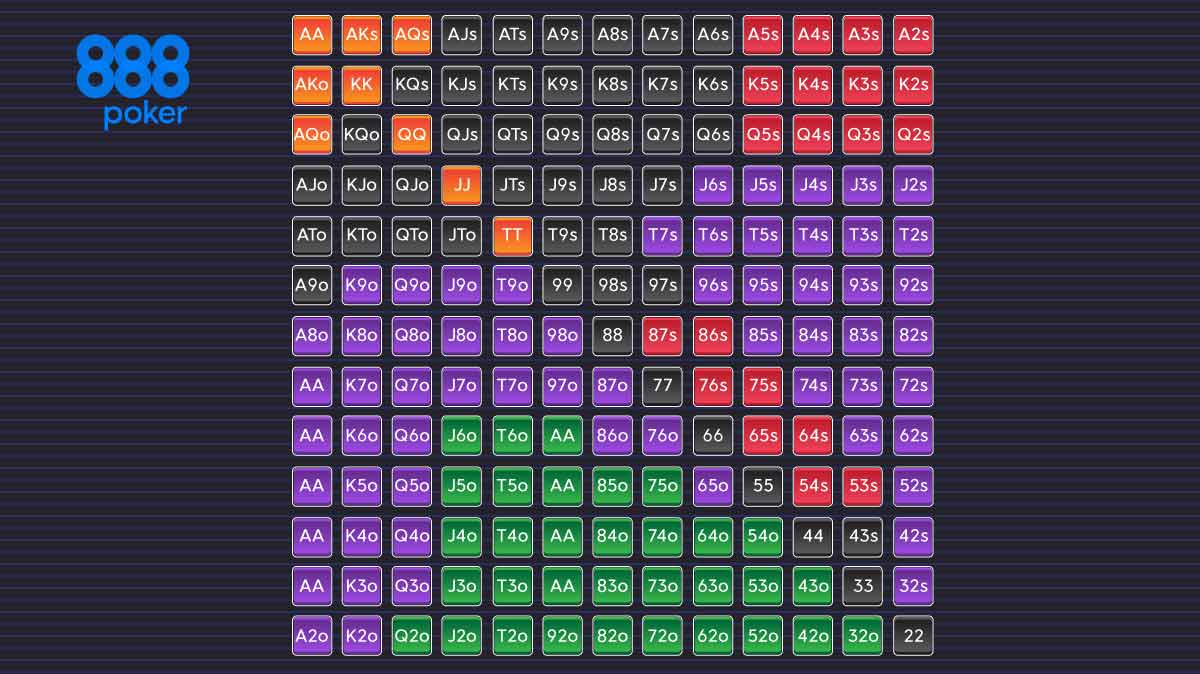 SB completing is especially important when there is a limper before us. We get an opportunity to play against a weaker opponent. Like the concept of over-limping, there will be hands within our range which are too weak to iso-raise, but don’t want to give up on the possibility of being involved in a pot against a weaker player.

It’s recommended that we look to defend around 70% of holdings in the small-blind when facing one or more limpers before us. The best hands will be iso-raised, while the majority of holdings can simply be completed, hoping to see a cheap flop. 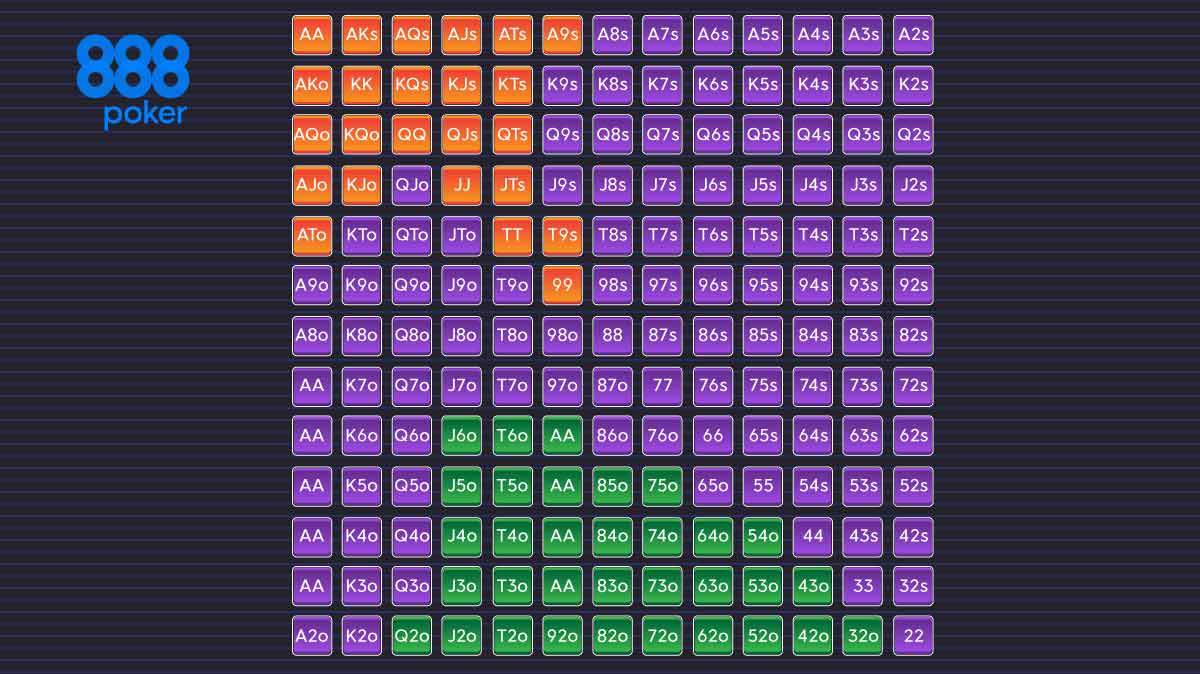 LIMPING FROM OTHER POSITIONS

The official advice has to remain that “open-limping is not recommended” in positions other than the SB. However, there is no real evidence that open-limping is as bad as it’s made out to be.

One reason that open-limpers don’t usually fare well is that they don’t have a good technical understanding of poker. They’ll make many mistakes postflop, which is what results in the low winrate. What if we were to start out by limping preflop, but proceeding to play strong aggressive poker postflop? Such a style could easily end up winning.

Sure, we don’t get to steal the pot preflop as much, but we still have three postflop streets on which we can make steal attempts. Saying “limping is bad because we can’t steal the blinds” is akin to saying, “we should never float vs flop cbets because we have no direct fold equity”. Most players realise that this advice doesn’t make sense since the objective of a flop float is usually to steal the pot on later streets. The expectation of any play is defined by the whole postflop tree that follows, not whether the play can win the pot directly.

Aware of this fact, a small group of high stakes online players are experimenting with strategies that involve open-limping from non-SB positions at the table. It’s unclear whether this trend will ever take off, but it’s interesting to note that this is precisely how SB completes became popular (i.e. filtered down from high-stakes).

High stakes pros also have the advantage of potentially being misinterpreted as recreational players. Their opponents might attempt to iso-raise overly wide leaving them vulnerable to limp-raises and other exploits.

INTELLIGENT USE OF LIMPING

The key takeaway here is that limping is not always incorrect – even if this is what we might have been told previously. In fact, preflop limping seems to have a range of different strategic applications. The best players will be able to think laterally and understand when limping makes sense and when it doesn’t.

To denounce limping as “bad” with a blanket statement is to deny ourselves of a potentially valuable tool in our arsenal.