How to Play Short Deck Poker

In Short Deck poker all deuces, threes, fours, and fives are removed from the deck – leaving 36 cards to play with, which can result in a more action-packed game. 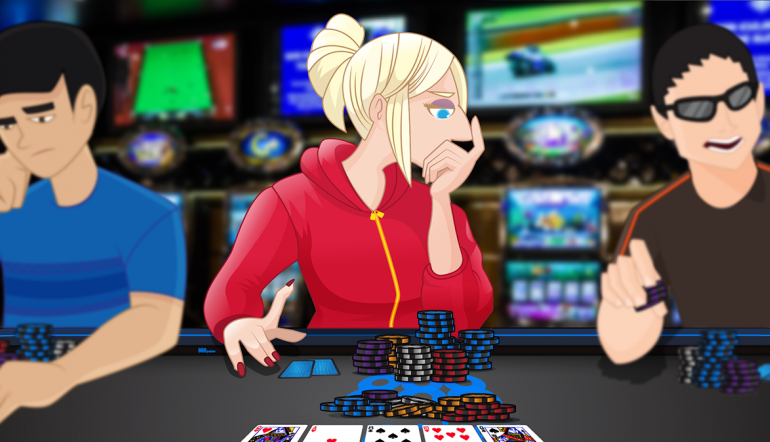 Short Deck Poker has grown more popular in the last few years with cash games and tournaments in this format now played around the world. The game features a unique deck setup and some different rules from traditional Texas Hold’em. The game offers players a shot at nice action and plenty of big hands.

Big name pros like Tom Dwan have taken to the game and the World Series of Poker even offered the first Short Deck bracelet even in 2019. The game can be an exciting alternative to Texas Hold’em and this guide will offer all the ins and outs of this interesting form of poker.

What is short deck poker?

Short Deck Poker, also known as Six Plus Poker, is a game played like traditional Texas Hold’em but with only a 36-card deck (a “shorter” deck as the name implies). This means all deuces, threes, fours, and fives are removed from the deck.

The shorter deck creates some major differences in strategy and even in hand rankings. From there, the game follows the format Hold’em players have grown accustomed to with two cards to each player with betting as normal as well on the flop, turn, and river.

The game may be new, but Short Deck is reminiscent of poker’s early days when there were fewer cards actually used in a deck for poker. The reduced number of cards lead to a few changes in regards to hands and rules, but that can be a quick adjustment – at least to learning them.

In Short Deck, your hand is usually considered a premium hand in a normal game of Hold’em. The challenge is now determining just how good that hand is relative to your opponents. Because of that, players who like Short Deck enjoy all the fireworks and action that can come with playing the game.

As noted above, beyond the difference in the card deck and hand rankings (more on that below), the actual game play and betting in Short Deck should be familiar to Texas Hold’em and Omaha players.

All players receive two cards and the dealer button rotates around the table with a small blind and a big blind. The player to the left of the big blind can call that bet, raise the action, or fold. That continues around the table.

When the betting is complete, the dealer will put out the flop of three community cards. The player to the left of the button can then bet or check and that continues around the table as well. Players can also raise and reraise of course, just as in a regular game of poker.

Once that betting is complete, the dealer will put out the turn card. Betting continues again around the table with players checking, betting, raising, or folding. After that is complete, players will see the final card and bet again. When this is complete, there’s a showdown and the best hand rakes the pot.

As outlined above there are a few key differences between traditional Hold’em and Short Deck. While the game is dealt the same, the change in deck has a big impact on what players can expect in regards to hands. Here’s a look at some important differences between the two games.

As outlined above, because the smaller cards are removed from the deck there are much bigger hands made by players in a short deck game. Removing those other cards also changes the odds in the game, meaning certain hands change in their ranking.

Below you’ll find a complete rundown of the hand ranking in Short Deck versus Hold’em.  Take a look and just make sure you know those hand rankings for taking a seat for Short Deck fun.

Now that you know the general rules, hands, and game structure, here are some strategy ideas to keep in mind when hitting the table. But remember, knowing those adjusted hand rankings is vitally important to success.

1. Draw it Out – A shorter deck and plentiful face cards mean it’s important to realize players will hit draws in this game much more often than in Hold’em. On the flop in Hold’em, a player can multiply the number of outs by four and then two on the river to determine the percentage to improve the hand. It’s not exact, but very close.

2. Don’t Get Flushed – In Short Deck, hitting a flush is much more difficult than Hold’em because there are much fewer cards in the deck from each suit. With only nine cards of each suit, hitting that draw isn’t easy. In Hold’em if you have a flush draw, there are nine cards left in the deck to hopefully complete that hand.

In Short Deck, there are only five and the chances of hitting that flush is 30 percent by the river and 15 percent after the turn has been dealt. In Hold’em a player has a 36 percent chance on the flop and then about an 18 percent chance on the turn. That may not sound like a major difference, but calling bets to fish for that flush can be costly to your chip stack in the long run.

3. Straighten Things Out – By comparison, landing a straight is a much easier proposition. Straight draws turn into much more powerful options than flush draws, and may be worth playing more aggressively. Another thing to keep in mind is relative hand strength after the flop.

A player with top pair and top kicker will be only about 50/50 to a player with an open-end straight draw. Top pair hands can be weakened by the strength of big draws in Short Deck, almost what a player might find in Omaha.

4. Pocket Problems – Because there are so many big draws and premium cards in the deck, big pocket pairs like AA, KK, QQ, and JJ aren’t as powerful as they are in traditional Texas Hold’em. Suited and connecting hands can become much more powerful and ditching those big pocket pairs may have to be a bigger part of your skillset when playing Short Deck. Paying attention to board textures becomes uber important in this game.

5. Don’t Forget the Basics – Short Deck is different but it’s still poker. Use good solid fundamentals that you may have learned playing Texas Hold’em. Pay attention to the board and play the button aggressively at times and fend your big blind as well. Use reason and logic when curveying your opponents and the community cards. Savvy players will find an advantage over less-skilled players.

In Short Deck, players are much more likely to be dealt premium hands before the flop because there are fewer cards in the deck. In Hold’em a player only receives pocket Aces once every 221 hands on average. But in Short Deck, that goes down to once every 100 hands.

Beyond pocket pairs, Short Deck players are much more likely to be dealt premier hands like A-K – about 33 percent of the time. Players must be a bit leery, however, after viewing the flop. It’s important to consider the likely strength of opponents’ hands in a game where drawing hands can be very powerful. While you may hit big hands on the turn and river, opponents may also hit big hands. Players must choose wisely before entering pots or calling bets. Be willing to fold a bigger hand in Short Deck than in traditional Hold’em.

Those hedging into the Short Deck action may want be well armed – with the odds that is. Here’s a look at some of the odds involved with the game.

While they may not be as powerful in Short Deck, big pocket pairs like AA, KK, QQ, and JJ should be played. Hitting trips makes them even better, but don’t be afraid to get away from big pocket pairs when there are big raises on the flop and the board looks like it could favor another powerful hand.

Suited connectors are valuable starting hands in Short Deck, as it gives you a shot at making a straight or a flush. In a short deck game, J♦T♦ will have about 50% equity any offsuit AK, and 47% against A♣K♣. In a regular game of Hold’em, J♦T♦ has only about 40% equity against A♠K♠. These types of drawing hands can really pay off in the short deck game.

When it comes to Short Deck equity, it’s important to realize that not many hands are a huge favorite over another hand. Because there are so many big cards and drawing possibilities that seeing flops with hands like those above is important. For example, take a look at this table with suited connecting hands and their chances of winning matched up against big pocket pairs.

Players should be willing to limp in in lots of pots with connecting hands and especially suited connectors. These types of hands just have so much value depending how the board plays out.

Short deck poker is a fun game with some interesting rules and changes. The biggest change is that it uses a 36-card deck with no 2s,3s,4s, or 5s. With that also comes some changes in the hand ranking, with a flush now beating a full house (see hand rankings above). An Ace can also still be used as a low hand in a straight for A-6-7-8-9.

Whole pocket pairs are nice, suited connectors are bigger hands in Short Deck, where there are many big draws because of fewer cards in the deck. However, the better and game play are the same as in Texas Hold’em with a flop, turn, and river.

Players enjoy the game for all the action that comes with fewer cards in the deck and the big hands than can be made. If that sounds like fun, Short Deck might be a game to check out.

Sean Chaffin is a poker writer who appears in numerous websites and publications. He is also the host of the True Gambling Stories podcast
Related Content
Did You Know that a Sharp Poker Mindset Can Up Your Decision-Making Skills?