Why You Make Bad Decisions 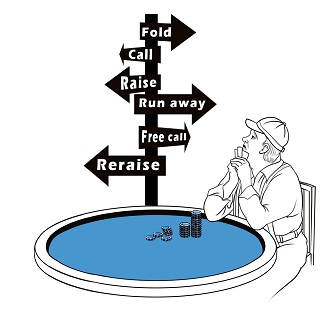 You are guaranteed to make bad decisions. But don’t worry, you’re not alone. Every poker player makes them, even the best players in the world. They are inevitable. Knowing why you make bad decisions is the real crux of the matter.

Perfect mental game of poker play isn’t possible over large samples. That means mistakes are constantly being made, yet players often have a distaste for them.

Rather than viewing mistakes as a natural part of the game—like losing and variance—they beat themselves up, get pissed off and cause their game to drop further.

By focusing on the fact that they made a mistake, rather than understanding what caused it, they unknowingly increase the chance of making more mistakes.

Recognizing the type of poker mistakes that you made gives you a clearer idea how to correct it. This is especially helpful to the player who is confused or pissed off by how they could make such obvious mistakes. 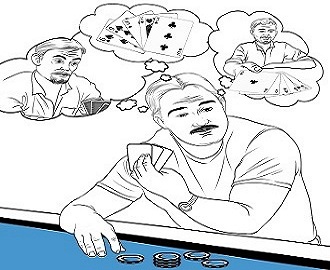 A mistake is either caused by a tactical poker strategy error or a mental game flaw. It may seem easy to figure out which is which, but players often fail to spot the mental flaw in their mistake. For example, if you are too passive, perhaps folding too easy or only calling with hands that are clearly worth raising, a mental game issue like risk aversion could be what is causing your passive decisions. You might be so scared of getting outdrawn or losing marginal holdings that you’re unable to take the necessary risks. Or, on the flip side, if you call way too loosely or reraise too much with hands that will only be called when you are beat, you might be bored and looking for action.

Here’s a simple way of figuring out when your mistake is tactical or mental: 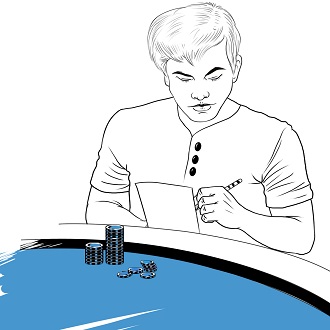 Since this is a mental game of poker strategy guide, I’m going to focus on mistakes caused by your mental game flaws.Fixing the mental side of your bad decisions is critical. If you only attempt to correct the tactical error, you will drive yourself crazy because these mistakes will keep happening.

How to Make Better Bad Decisions 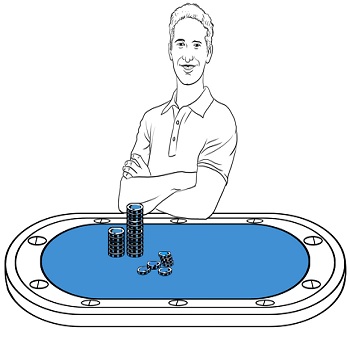 You can’t avoid making bad decisions, but you can make them less bad. This kind of back end progress is most obvious when you compare the bad mistakes that you made a year ago to the ones you made recently. Note: If your worst decisions haven’t improved within a year and you’ve been attempting to correct the mental side of it, you haven’t yet figured out the real mental flaw. Dig deeper while studying your poker game and come up with a better poker game strategy.

The poker tips I’ve already given in this eBook can help you improve your mental game and make better decisions. However, if you still have difficulty improving your worst decisions, pay close attention to when and why they’re likely to happen. These details can be critical to stopping them from happening in the future. Take notes on these hands after you finish playing. Then drill down to see what is off about your mental game. Here are some questions to get you thinking:

For some players, being aware of the pattern in their poor poker plays helps them make immediate improvements. If that doesn’t happen, I strongly suggest you read my first book to devise a strategy to correct your mental game problem. In the meantime, other great poker tips for both advanced and beginners that can help you avoid making bad decisions is to use something I call a “strategic reminder.” 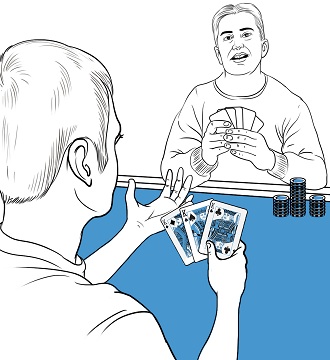 A strategic reminder is a written note or document on your computer that reminds you of key factors in your decision making. This could even take the format of a video poker strategy record.

The first step to creating one is to determine your general style for making a poker decision. In my experience, players tend to make decisions in one of two ways, which you can also refer to as a poker decisions tree:

On your strategic reminder, either write down all of the steps or factors you consider, or just the ones that tend to disappear when you’re playing bad.Then, when you spot your game dropping, read your reminder (or watch your poker video) and push yourself to consider each factor as accurately as you can. It may be difficult and require more effort than you’re used to giving. But the more you do it, the easier it will become.

The Upside of Making Mistakes in Poker 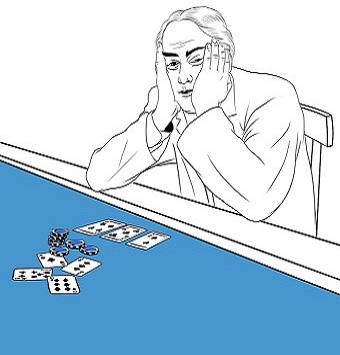 When you’re able to make better decisions at a time you typically would not, you will permanently strengthen your tactical knowledge and decision making ability. This kind of backend improvement is often ignored by players, but it’s key to the long-term growth in your game, alongside the knowledge you gain from poker strategy articles.

Learning from mistakes is critical to being successful in a game as complex as poker. Now that you know you’re always going to make bad decisions, spend more time improving upon them and less time beating yourself up for them.

Why The Mind Matters In Poker
The Right Energy for Poker
Become a Great Loser
A Variance Expert
Calling Yourself Lazy is Lazy
Distracted Poker
Decluttering Your Mind
Why You Make Bad Decisions
Don’t Trust Your Gut
Addicted to Soul Reads
Driving Range Poker
Increasing Mental Endurance
When Poker Becomes Personal
An Important Update to The Mental Game of Poker: The Mental Hand History
Wishing for Instant Improvement
© 2021 All rights reserved. Back to top