Omaha and Hold'em – What are the Differences?

The two most popular poker variants of the modern era are Texas Holdem and Omaha. But what are the differences between the two formats? 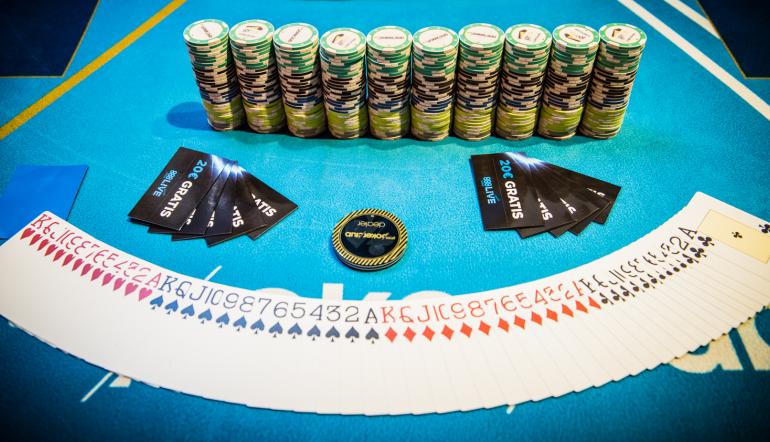 The two most popular poker variants of the modern era are Texas Hold’em and Omaha. But what are the differences between the two variations? And which of the two is the best to play?

The obvious place to start is simply to look at the rules of the two variants. In terms of betting action, the games are mostly identical. There are 4 betting streets, preflop, flop, turn and river.

We’ll also find that the hand rankings of the two games are completely identical, with a Royal Flush being the best possible hand in both variants.

Omaha vs Hold’em – The Rules

So, where does the main difference between the variants truly lie?

The second difference is that we must use exactly 2 hole cards in Omaha. In both variants, any poker hand always consists of 5 cards. These hands will be a combination of hole cards and community cards. The way we use our hole cards to construct the 5-card hand differs in Hold’em and Omaha.

In Hold’em we can use both, one, or none of our cards in order to make a hand. For example, if there are 4 hearts on the board and we hold the Ace of Hearts as one of our hole cards, we have a flush in Hold’em. In Omaha, we must always use exactly 2 of our 4 hole cards - no more, no less.

So, if there are 4 hearts on the board in Omaha, and we hold the Ace of Hearts, we only have a flush if we also have another card in Hearts. If the Ace of Hearts is the only hole card we have, it is impossible to make a heart flush, no matter how many hearts fall as community cards.

Omaha vs Hold’em - The Betting Structure

The betting structure is one of the reasons why Hold’em is still currently more popular than Omaha; many prefer the no-limit format of Hold’em. It is possible to find No-limit Omaha games online, although these are somewhat few and far between.

While Hold’em typically has the betting structure in its favour, many players like the fact that it is easier to make big hands in Omaha. It doesn’t take a lot of complex maths to work out that if we get 4 cards instead of 2, that it is going to be easier to make straights and better hands.

We may often find as a result that the Omaha games generate a lot of action. Players are likely to get more attached to their hands and not want to fold, especially if they come from a Hold’em background. This additional action usually stems from the fact that the average player does not understand relative hand strength very well. However, at a table of professional Omaha specialists, we might not see a large increase in action relative to Hold’em.

For example, AA is obviously a monster hand preflop in Hold’em, and it is still strong in Omaha. But the other two hole cards matter greatly in Omaha and, in most cases, AAxx in Omaha is nowhere near as strong as AA in Hold’em.

A common mistake that novice players make is to hugely overplay AAxx in Omaha, which is one reason for the increased amount of action. A professional Omaha player realises that AAxx with two ragged cards should be played with a good measure of caution.

There is some debate about which is the most complex of the two variants. On the one hand, Omaha has four cards, but on the other hand, Hold’em players can make use of a much larger range of different bet sizings. There is no question that No-limit Omaha is more intricate than No-limit Hold’em, but it is less clear whether Pot-limit Omaha is more complex than No-limit Hold’em.

Seeing as most players don’t make use of the full range of possible bet sizings anyway, for all intents and purposes, Omaha is a lot more complex for a new player. It is relatively simple to see how two cards interact with the flop in a game of Hold’em, but much more involved to see how four cards interact.

We’ll often find ourselves trying to keep track of multiple draws at once while putting our opponent on a range of hands that consists of four cards instead of two. For a new player, it can even be a bit of a challenge to work out exactly which hand they currently have. It’s pretty easy to miss made hands and also to think that we have a made hand when we don’t. This scenario happens in Hold’em also, but way less frequently.

The complexity of constructing hands is another reason why Hold’em still remains the number-one poker game. The age old adage is true; poker is simple to learn, but takes a lifetime to master. Learning the rules and hand rankings in Hold’em is extremely simple. Omaha will take longer. This fact can be either a bad or good thing. Many players enjoy the added level of complexity. Others see it as an obstacle preventing them from fully enjoying their poker experience.

Omaha vs Hold’em – Standard of Play

The standard of play in No-limit Hold’em has risen exponentially over the last 10 years. It is still possible to win at the highest limit games, but it takes a huge amount of dedication and discipline. Beating high limit Pot-limit Omaha is no walk in the park, either, but it’s certainly a lot easier than beating No-limit Hold’em. In other words, the average Omaha player is a lot worse than the average Hold’em player. This situation means that the learning curve for Omaha is less steep, assuming we want to make significant money.

This is mostly simply because Hold’em is still currently that much more popular than Omaha. There are more training resources for Hold’em than Omaha, meaning that the environment is more competitive, and one needs to be tougher in order to survive.

If our goal is simply to make good money at the poker tables, then Omaha could easily be a better choice of poker game. The downside is that there are typically less Omaha games available. If we walk into a live casino, for example, there is no guarantee that any Omaha game will be running, but there will nearly always be Hold’em.

It’s good to be able to play more than one variant, even if we mainly specialise in one.

So, Which Should We Choose?

There is no right or wrong answer; both are good variants to play, and it is possible to make decent money at both. Hold’em is the most popular and the easiest of the two to learn. Omaha is more complex, but the profit margins can potentially be higher if we stick with it.

Learning both can be a great idea, since some of the principles we learn regarding one variant can translate to the other and bolster our skills.