Finding the Fish Players at the Poker Tables

A fish in poker is considered a weak or inexperienced player at the table. Find out how to target and exploit fishy players in your poker games. 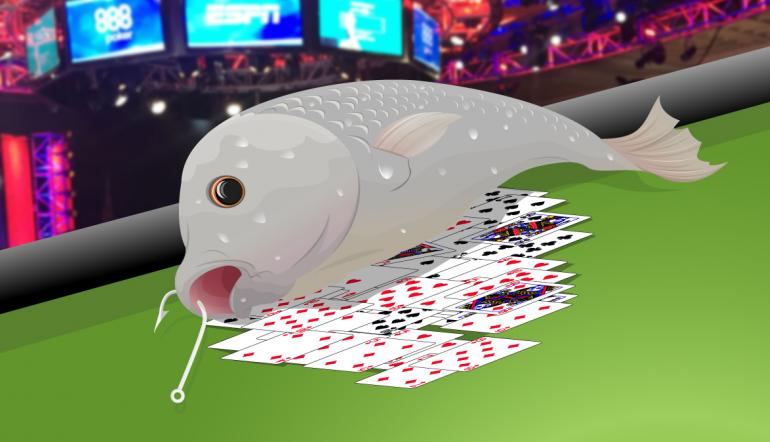 Let’s define our term – what exactly is a fish in poker? We’ll start with a quick word of warning:

Although the word fish has been adopted to serve as a technical term in poker, it is still considered a derogatory expression by many. Use with caution.

Fish – A weak or inexperienced player at the table, often a recreational player who constitutes a good target for attempting to win their chips.

While the term “fish” might be used to discuss poker with our buddies, it rarely makes sense to use the word at the actual poker tables.

There are two primary reasons for this.

1. By calling a weak player at the table a “fish”, we run the risk of upsetting them. Perhaps there are worse things in life, but it’s bad etiquette, to say the least. It could cause the fish to leave the table earlier than usual, which is terrible for our winrate.

2. If our opponent is genuinely a fish, there is no need to alert them to the fact. They might take our comments to heart and decide to invest in some poker coaching.  The same opponent is going to be a much tougher target for the future.

Part of the meta-game for a winning player is to play as many hands against fish as possible. On the flip side, a good winning player will not go out of his way to tangle with some of the tougher opponents at the table. We won’t avoid the tough players as such, but there is no incentive to play overly wide ranges against them.

Versus the fish, however, we’ll look to expand our preflop ranges significantly. Of course, there is a limit to how far we can go. But, in general, we should be entering the pot with somewhat speculative hands solely for the opportunity to play against weak opponents.

The obvious method for playing more pots is a method known as iso-raising. Although this is the most common technique that springs to the mind of an average player, fewer players realise that many other important techniques should be employed.

Of course, before we can look to increase our volume against fish, we need to be able to recognise them. Let’s list a few pointers. 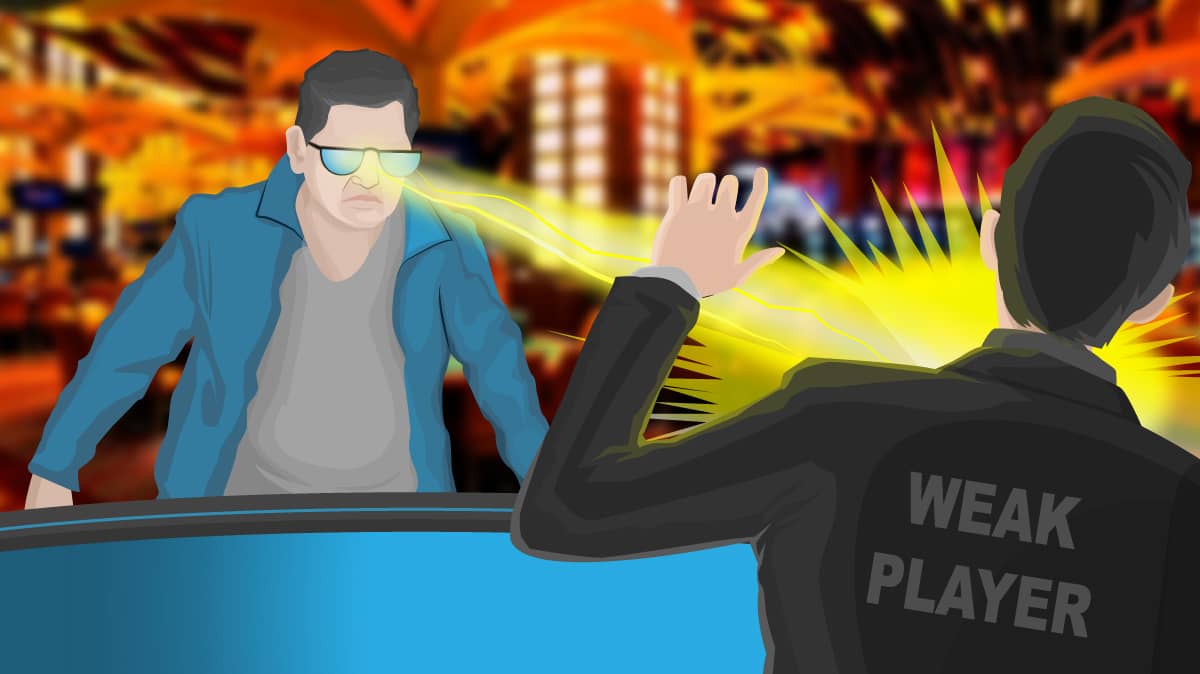 The following are common tendencies exhibited by fish at the poker tables.

Isolation raising (or iso-raising, for short) is a technique used to increase the number of hands we play against fish by targeting open-limpers in the preflop betting round.

The premise is simple; our opponent open limps, and we make a preflop raise (usually 4bb or more) hoping to play a head-up pot against the limper. In environments where lots of players are calling our iso-raise (especially live games), it’s common to increase the size of the iso-raise.

By doing so, we hope to isolate the pot solely against the fish. Iso-raises of 7bb or larger are not uncommon in many live environments.

Iso-raising tends to steal the limelight on many discussions regarding playing vs fish. Here we’ll break that trend by listing other essential techniques that sometimes fly below the radar.

Iso-3betting – Not all recreational players open-limp, some open-raise. We can still look to isolate the pot heads-up by making small 3bets (especially in position).

Expanding Opens – If the action is folded around to us preflop, we can open-raise wider when there are fish still to act behind us (especially if the fish are in the blinds). In some extreme cases, we might look to open-raise any 2 cards from the button if there are especially weak players in the blinds. While early position opens might also be expanded to some extent, the adjustment won’t be as big as on the button. (Remember there are other players to act after us also, some of them decent.)

SB Completes HU – When the action is folded around to us in the SB, we can expand our preflop ranges when the BB is a fish. With the weaker holdings, it often makes sense to complete in the SB rather than open-raise. Against an especially weak opponent in the big blind, we should look to play 100% of our preflop starting hands.

SB Completes HU – When we are in the SB facing an open limp, we should be interested in entering the pot with a wide range since our opponent is likely a fish. Not all hands are strong enough to iso-raise, however. We should be content to complete the SB with a wide range expecting to see a multi-way flop.

Expanding Cold-Calls – Perhaps the open-raiser in a particular hand is a decent regular, but there are fish still to act behind us. We can cold-call wider against the regular anticipating overcalls from the fish.

Identifying and targeting the weaker players at the table is a vital component in generating a high winrate. Whether big winners like to admit it or not, the majority of their earnings will typically come from opponents at the table who are significantly weaker than them.

Even if we are not the most skilled poker player in the world, it’s possible to generate a healthy winrate by merely playing more pots against the fish - and less against the competent regulars.